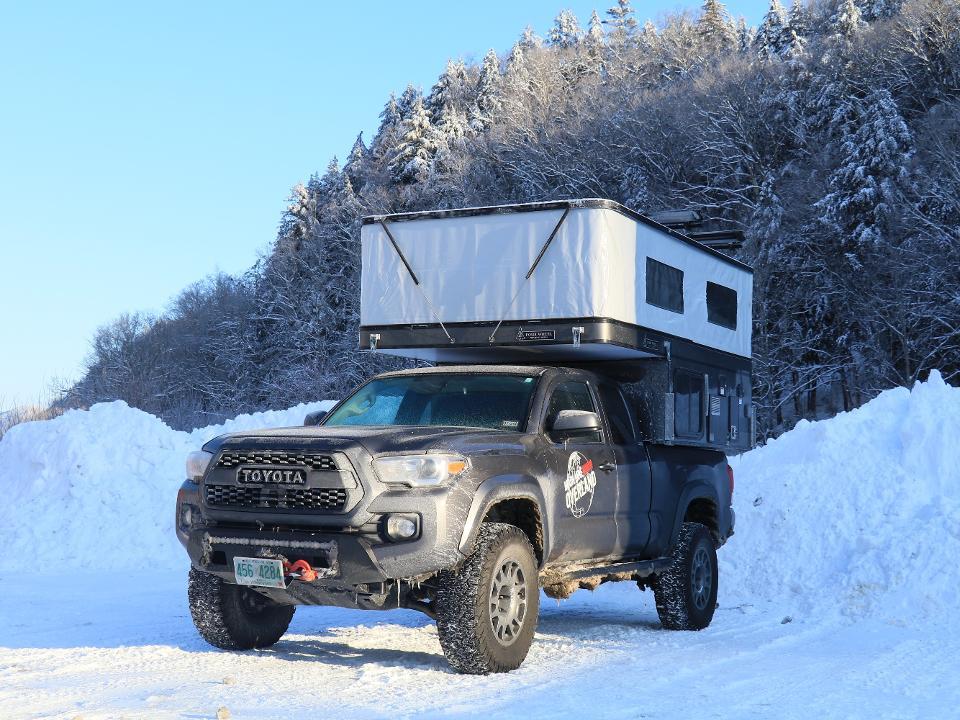 There are two types of people in this world: those who love camping and the rest of the world who’d much rather book a room in a hotel. The aspects of camping — the constant fresh air, views and being immersed in nature coupled with a refreshing disconnect from social media or work emails — aren’t enough for some to overlook the whole sleeping on the ground thing. And, being immersed in nature also means you’re at the mercy of it too. Some days it’ll rain and, depending on where you pitch your tent, nighttime temperatures can get dangerously cold. For those who prefer a warm bed, four solid walls and climate control, there’s is a middle ground you might be interested in and it costs way less than a room at any mountainside resort. Rent a well-built overlanding camper and you’ll have the best of both worlds.

Overlanding isn’t a new phenomenon by any stretch. It’s been around for decades but hugely benefited from a recent boom in the outdoors industry and more people adopting active lifestyles. #Vanlife earned itself a certain reputation through social media, but there are people and companies out there who are serious about converting vehicles into oddly sophisticated mobile campsites and Main Line Overland is one of those outfits.

Read the full article on Forbes.com