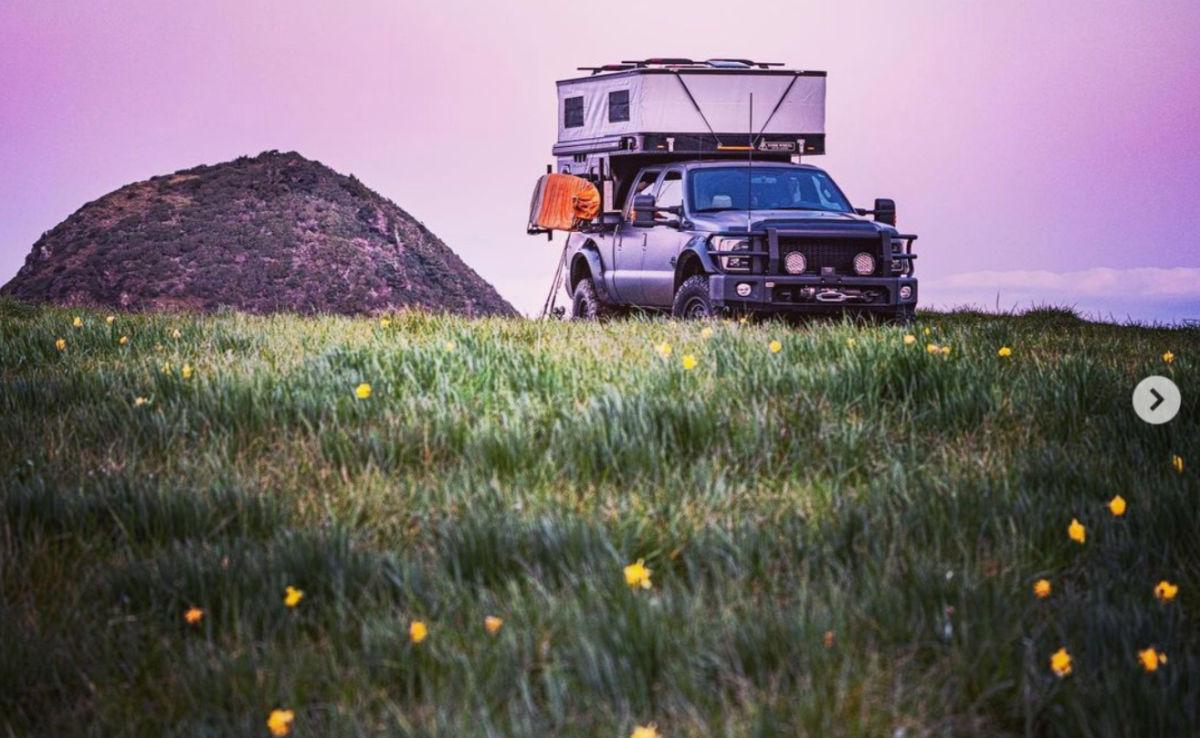 Adam Glick is no stranger to the nomadic lifestyle. As a professional chef aboard yachts ranging from 90 to 225 feet, he always had a campervan at the ready in the marina parking lot.

In the beginning, back in 2008, Adam lived in a beat-up old van with no windows. He calls himself one of the original “van lifers”, long before it was something cool to show off on Instagram.

“This all started because when I wasn’t working on a boat I found myself homeless and got a van out of necessity,” he said. “I would finish a job and all my possessions were in storage. I didn’t keep a house.”

When Adam started making a little more income, he eventually upgraded to a Ford Transit with a 4×4 Quigley conversion built out by Sportsmobile – his 4th van.

Adam’s Ford Transit van was pretty decked out – it had a roof rack, solar panels, ladder and spare tire rack.

“The real issue I ran into was that it was too tall,” he said. “The van was 13’ tall and you drive around with your butt puckered cause you’re worried about every branch and low bridge. It’s stressful having such a tall vehicle.”

He realized he wanted something different when he was driving down dirt roads in the Grand Canyon with a cumbersome van.

“I drove past two guys with identical F-250 Super Duty flatbed trucks with Four Wheel campers,” he said. “So I thought, how do I do that? Those guys have it figured out, they are the ones with the view.”

Adam realized his hobbies had morphed from surfing and working aboard yachts to 4-wheeling and off-roading. His need to get further into nature, and further away from people, was acute.

Adam Switched to an 4×4 Truck Camper

When Adam first started living the van life, it was easy to park. He could go anywhere, spend the night anywhere, and never had any run-ins with cops.

But as van life grew in popularity, those special spots got more and more crowded.

Read the full story on thewaywardhome.com

From the time of your order, depending upon your location, we are installing campers in five to thirteen months.

We wish you many fantastic adventures in 2023!!