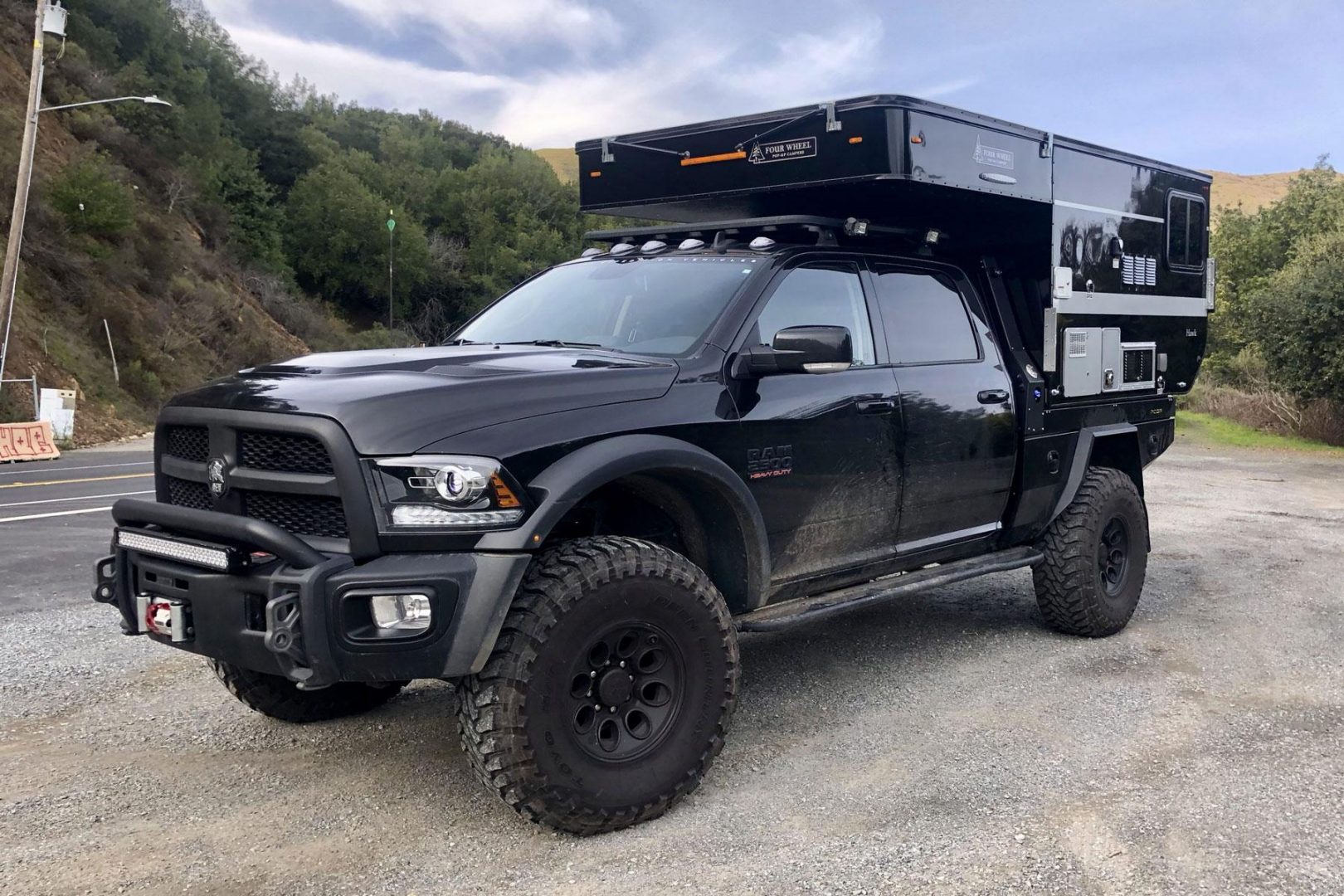 Fifty-two-year-old Marine veteran Sean Silvera was stoked when he completed work on his truck camper build in January. He purchased the best suspension upgrades for his Ram 2500 that money could buy, installed an imported aluminum tray outfitted with all the bells and whistles, and topped it all off with a brand-new Four Wheel Camper (FWC) Flatbed Hawk. In all, Sean spent $175,000 on the rig, but the results were worth it.

“It was a one-of-a-kind truck,” Sean said. “It was a Ram AEV Prospector XL, so it was on 40’s. It was their full build. I put one of the first PCOR4x4 off-road trays on it from Australia. I put a Hawk Ute flatbed camper on it and really built that out for off-grid travel. They put one of the very first Redarc systems in from the factory, put lithium batteries in, and put two solar panels on top. In the tray itself, I had another 30 gallon water tank put in with a pump. I mounted a big 16.5ti Warn winch on the front of the truck and another 12.5 Warn winch on the rear, so I figured I could get out of anything I ever got myself into.”

The contractor and married father of one was ready to travel and see the world in his new Four Wheel Camper. Then the pandemic hit. After weeks of seclusion in the city, and suffering from a severe case of cabin fever, Sean decided to spend a weekend at his rural, mountain property near Laytonville, California. By the time he got there, it was raining heavily.

Sean needed Internet access to send some important documents for work and his cabin didn’t have it. Remembering that a nearby mountain had decent cell reception, he decided to…